Industry News and fantastic offers from The Motorbike Shop

Yamaha’s recently launched MT-09 and MT-07 have powered to the top of the sales rankings and captured the imagination of European motorcyclists who are looking for a new kind of riding excitement. Inspired by the Dark Side of Japan, these edgy new MT models are all about pure riding emotion. For 2014 Yamaha expand the MT range even further with the new MT-125 – its first streetfighter-style model in the 125cc category that aims to open the MT World to younger riders.

Serious ‘full-size’ bike image
The new MT-125 has been shaped by the strong MT family DNA to give it a charismatic appearance and a commanding street presence that is reinforced by its genuine big bike looks and advanced technology. Every detail on this new streetfighter – from [...]

The 2014 Wheels & Waves event in Biarritz went down a storm two weeks ago with thousands of dedicated custom bikes descending on the French coast to enjoy sunshine, good times and beautiful motorcycles. Yamaha were there in style with a showcase of stunning Yard Built creations from a host of builders including The Bender Brothers, Deus Ex Machina, Wrenchmonkees and Roland Sands.

Aside from the already announced bikes, two special new machines were unwrapped at wheels & Waves for the assembled custom enthusiasts. The German Bender brothers Christian and Raphael took the covers off their first Yard Built Yamaha project, the über cool SR400 ‘Homage’. The brothers are huge fans of the Yamaha XT500 and took that as their inspiration in building the ‘Homage’.

The standard SR400 was stripped back and then modified by the brothers [...]

Motorcycle fans have a lot to look forward to on top of warm sunny days this summer as Yamaha steps up its iconic ‘Yard Built’ activities with exciting new projects. The Gibbonslap kit is now ready to order for the SR400 and the next few months will see new Yard Built XV950 and SR400 based projects by cult customisers. Yamaha will have a major Yard Built presence at the world’s coolest custom bike show, Wheels & Waves 2014 in Biarritz where some surprising customised SR400’s will be revealed!

Yamaha’s ‘Yard Built’ activity continues to make the dream of owning a custom motorcycle a reality for bikers around the world. An ever-increasing number of the most respected customisers in the industry are collaborating with Yamaha to create beautiful Yard Built specials. The unique aftermarket kits that support selected [...]

More Fun in the City

Yamaha’s urban scooters are specifically designed to enhance the daily commuting experience by offering Japanese quality, advanced design and class-leading reliability with an affordable price. As well as the added satisfaction that comes with owning a premium brand, Yamaha customers can also be assured of a first class spares, service and warranty back up from our comprehensive European dealer network that is on hand to offer friendly and professional advice.

The Majesty name is and has been a mainstay of the [...]

Anyone who was old enough to ride a motorcycle in the 1970s will remember the fanfare that greeted the launch of the original Yamaha SR models. Inspired by the dual purpose XT500 which was launched a few years earlier, the single cylinder SR400 and SR500 were announced in 1978, and went on to become some of Yamaha’s most popular and enduring models.

With their relaxed torque output, slim and agile chassis design and classic styling, the Japanese-market SR400 and European-market SR500 became firm favourites with enthusiasts who were looking for a simple machine that captured the very spirit of sports motorcycling. In many European countries including Germany, Austria and Belgium, groups of SR500 owners formed enthusiasts’ clubs, many of which still run to this [...]

The handsome new Yamaha XVS1300 Custom is a new breed of cruiser that combines a classic raked-out ‘chopper’ style chassis with a gutsy liquid-cooled V-twin engine to create something very special. Attention to detail on the XVS1300 Custom is outstanding, with features such as the steel fenders, 21-inch front wheel and cooling fins accentuating its timeless good looks and reinforcing its authentic appeal.

ENGINE
High-torque V-twin engineAt the heart of this beautifully crafted new cruiser there’s a 1304cc liquid-cooled 60-degree SOHC V-twin engine that blends classic cruiser looks with modern technology. Big V-twins are all about torque, and the XVS1300 Custom excels in this area. With 4 valves per cylinder combined with a 9.5:1 compression ratio and performance-oriented camshaft designs, this 1304cc engine pushes out a [...]

Yamaha machines scooped two of the most coveted awards of the evening with the FJR1300 being voted Best Tourer and the all new XV950 declared as Best Custom.

Unfortunately the new MT-09 just missed the cut-off date for judging this years awards as MCN had not tested the bike before the judging date – so who knows it might have been and even bigger haul of trophies if it had been included! 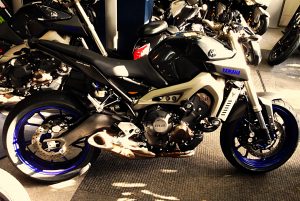 Now Available to view in our Showroom! 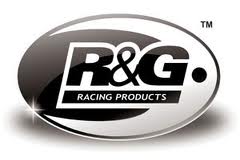 We are proud to confirm that we are a main stockist of the R&G product range. We stock a full
range of crash protection for Yamaha motorcycles & numerous other manufactures. This includes
products like:

Why not come & see for yourself! Just visit our Parts & Service Department situated in our showroom. 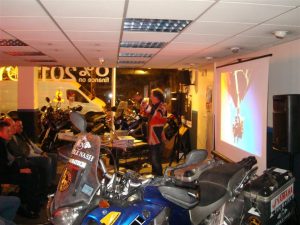 On Monday 6th of Febuary Nick Sanders, the most experienced solo motorcycle adventurer in the world, visited us as part of his dealer tour – The Incredible Ride.

Many thanks to all who attended! We had a really good time hosting the event and we hope you enjoyed yourselves. We hope to host more events similar to this in the future and would be happy for all who attended the Nick Sanders evening to come again. Please keep an eye on our news page and also your emails as we will be informing you of any more exciting events.

Here is some feedback we have received…

Just to say thanks for a great evening,

Nick is mad but also very entertaining, and a great biker